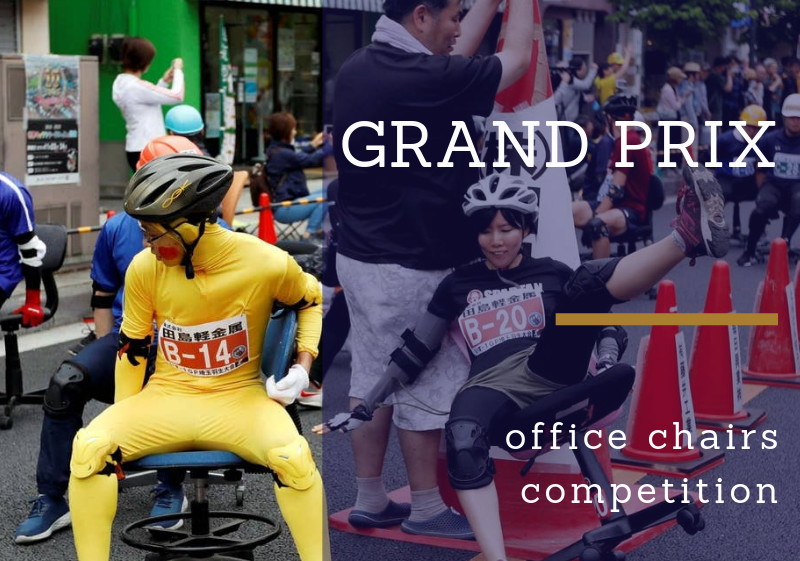 It’s not so hard finding articles about office chairs races. It’s just necessary google it and a plethora of videos and images pops up.
Taiwan, Japan, San Clemente and even Germany. Disperates places, ifferent rules and approaches to show the potential of these fascinated pieces of furniture. However, the most viewed video is about the 10th anniversary of Hanyu, Saitama Pref, a city just north to Tokyo.

Founded 10 years ago and inspired by Formula One and Le Mans endurance racing, the race sees teams of three battle it out on ordinary office furniture across two grueling hours to see who can complete the most laps of the 200 meter course.
Propelling the chair backward was the universal tactic employed by the racers, who were at least spared the added constriction of business attire with competitors choosing their own outfits.

The three team members rotated during the race — Le Mans-style — to try and stay fresh, but in the summer humidity it proved a tough battle for even the most experienced racers.